In this edition of “This Week in Cubs History,” we look back to 1955 and Cubs pitcher Sam “Toothpick” Jones, the first African American in MLB history to throw a no-hitter. 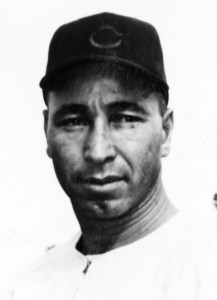 Jones, who received his nickname from constantly chewing on toothpicks while he was on the mound, bounced around between multiple organizations throughout his 17-year career in baseball. He spent four seasons in the Negro Leagues and 13 in MLB, beginning his major league career with the Cleveland Indians in 1951 before being traded to the Cubs four years later.

On May 12, 1955, in front of only 2,900 fans at the Friendly Confines, Jones toed the rubber against the Pittsburgh Pirates. He was sharp until the 9th inning, when he ran into some trouble.

Jones opened the top of the 9th with a walk, then threw a wild pitch allowing the baserunner to advance to second. He went on to walk the next two batters to load the bases with no outs. What happened next was nothing short of incredible, as Jones retired the next three hitters on strikes to finish the 4-0 victory with the no-no intact. Jones finished that afternoon with a complete-game shutout, seven walks, and six strikeouts. He would finish the season with a 14-20 record, a 4.10 ERA, and an NL-leading 198 strikeouts. Twelve of his 34 starts were complete games and he notched four shutouts to boot.

Though he was the first to do so in MLB, Jones was far from the first African American to throw a no-hitter in professional baseball. That honor belongs to John Goodgame, an incredibly aptly named gentleman who accomplished the feat for the West Baden Sprudels on April 21, 1911. And had baseball’s “gentlemen’s agreement” not kept black players out of MLB until 1947, you can bet Jones would not be in the record books.

“Toothpick” Jones did not have a Hall of Fame career, but he did manage to have a few exceptional seasons in the major leagues. And he forever etched himself into the annals of the sport when he held the Pirates hitless on a Thursday afternoon at Wrigley.